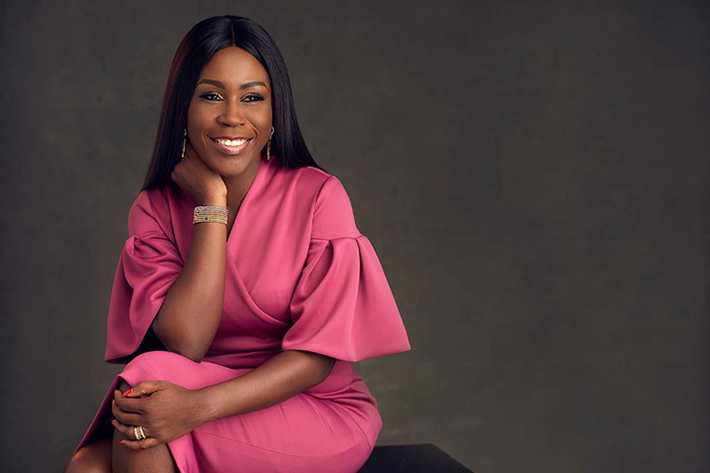 Lawyer turned beauty entrepreneur Tara Fela-Durotoye is the founder and current C.E.OHouse of Tara International. who started the trend of bridal make up profession in Nigeria

House of Tara has become a national brand with 26 branches and over 155 employees and presence in most major cities across the country with distribution channels in Kenya and Rwanda and with a plan to expand to other cities in Africa, Europe and North America.

Under her leadership, House of Tara business case study was researched and written by Stanford University and currently being used by Ivy League Institutions.

She has received several national and international Awards for her contribution to the industry and active role in Entrepreneurship and Empowerment, the most recent being the most outstanding Business woman of the year 2018 by the African Economy Builders Awards, African Makeup Icon by Ghana Makeup Awards, the Inspirational woman of the year 2016 by the First Lady of Lagos State and Leadership Award for Entrepreneurship by Harvard Business School Association of Nigeria2016

In 2017 she was invited by the Minister of Finance to the You Win advisory board, she sits on the advisory board of Bridge International Academies which is the world’s largest education innovation company with a chain of schools and So Fresh Neighbourhood Market Limited Nigeria’s number one and fastest growing healthy food chain.

She is an alumnus of the of Lagos Business School Chief Executive Programme, INSEAD Abu Dhabi, The Stanford SEED Transformation Programme and the Harvard Kennedy School having completed the Global Leadership and Public Policy in the 21st century

She was recognized by:

Tara is happily married to Fela Durotoye and is blessed with three sons. 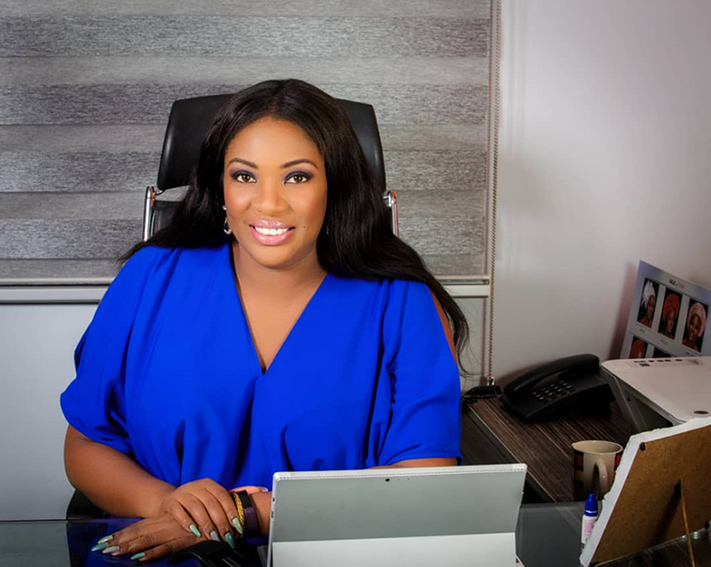 Ada Iwugo is an International Business graduate from Imperial College University of London, and has had a career spanning 18 years in several different companies in Nigeria and the United Kingdom.

Ms Iwugo has extensive experience in the FMCG and Retail industry, and has managed retailers like Harrods, Selfridges, Superdrug and Boots. Her impressive portfolio includes luxury goods companies like  Christian Dior, Coty Inc, and the drinks giant Guinness Diageo. She was also the Distribution Director for West Africa at Microsoft.

Her most recent appointment is as the Commercial Director of House of Tara International, overseeing all Distribution, Marketing and Business Development activities in the organization.

Ms Iwugo is an avid traveller and enjoys writing short scripts for TV programmes. She is passionate about distribution and retail, particularly in the ever evolving, dynamic African market. 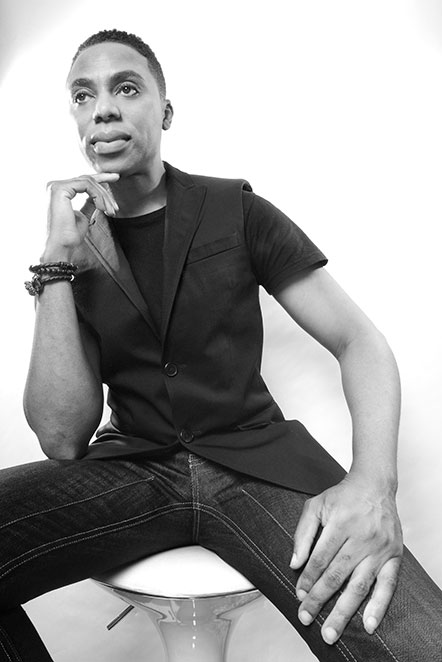 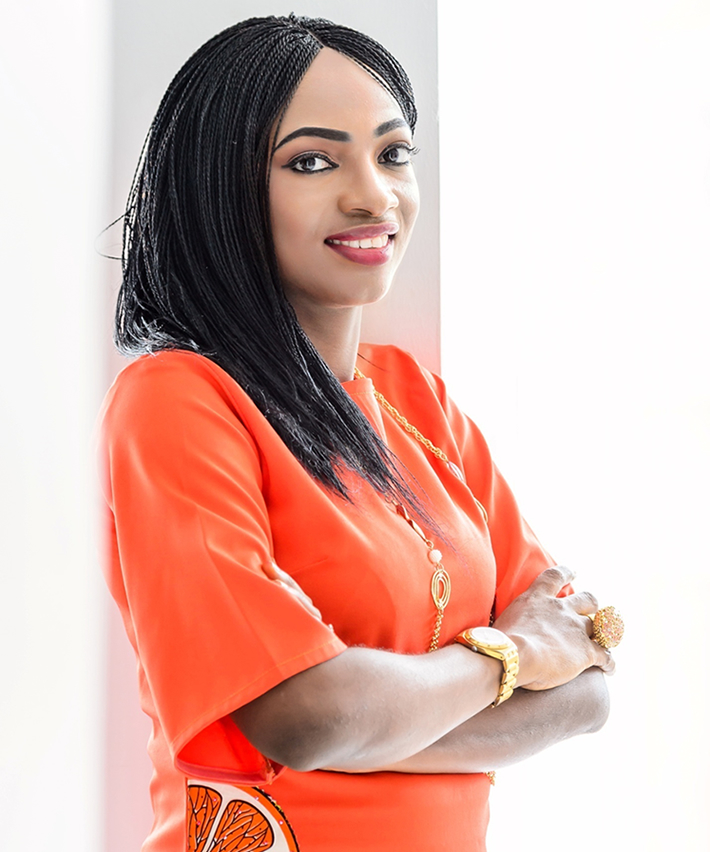 Funke Osae-Brown is a senior journalist; former deputy editor, BusinessDay on Sunday/Editor BusinessLife, with BusinessDay Newspaper. Now Publisher, The Luxury Reporter (TLR) www.luxuryreporter.ng that has more than 4 million hit between May 2014 and February 2015; and MoneyIssues (www.moneyissues.ng).

She is a travel journalist who has travelled to countries. She was the editor of the famous youth magazine in Nigeria called ‘NaijaTimes’, a freelance correspondent for the African Review owned by The Nation Media Group in Kenya. She contributed to Essence Magazine, South Africa and South Africa Airways In-flight magazine, Sawubona.

She was nominated in three categories of the Nigerian Media Merit Awards. She was also a 2013 finalist at the Diageo Business Reporting Awards in the Best Business News. She won award for Best Arts and Culture Reporting 2013 at the Annual Mother Drum Golden Awards organised by Mother Drum Foundation and Future Awards Journalist of the Year, 2009. She has attended trainings in Netherlands, UK, Ghana among other countries. 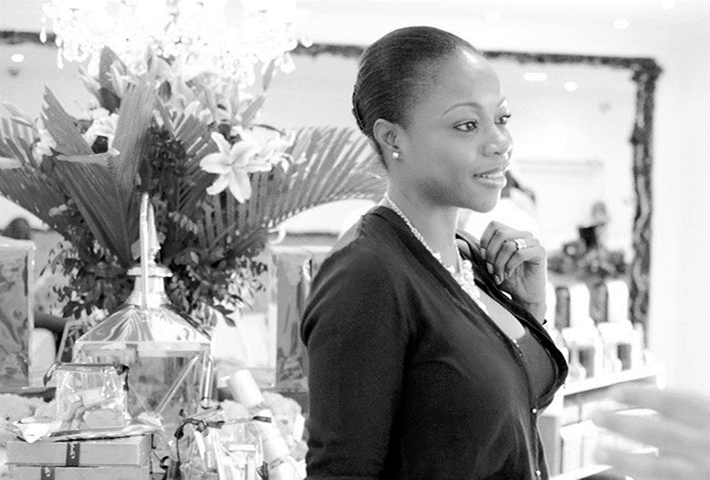 Irene Syrimis is the Executive Director at the Nail Studio Ltd. She joinedThe Nail Studio in June 2006 after a career in both law and image consulting.  She is responsible for the general day-to-day operations with special emphasis on the Retail and Spa divisions.

The Nail Studio Ltd is a “One-stop” beauty shop, the Studio was established in October 1986 by Mrs. Adetokunbo Awogboro in a refurbished kitchenette in a tiny shopping complex on Awolowo Road, Ikoyi.  Since then the business, which stared with two members of staff, has grown to a staff strength of sixty-five people and several different divisions comprised of a nail section, barbers, spa, juice bar, hairdressers and retail division.

In 2014 The Nail Studio in a bid to sanitize its retail operations decided to trade in luxury cosmetics and fragrances. As a result the Nail Studio entered into partnerships with the following brands: Estee Lauder, Clinique, Smashbox, Boadicea the Victorious, Tom Ford and many others. Irene was Instrumental during this whole process.

Irene is happily married and the mother to two boys. 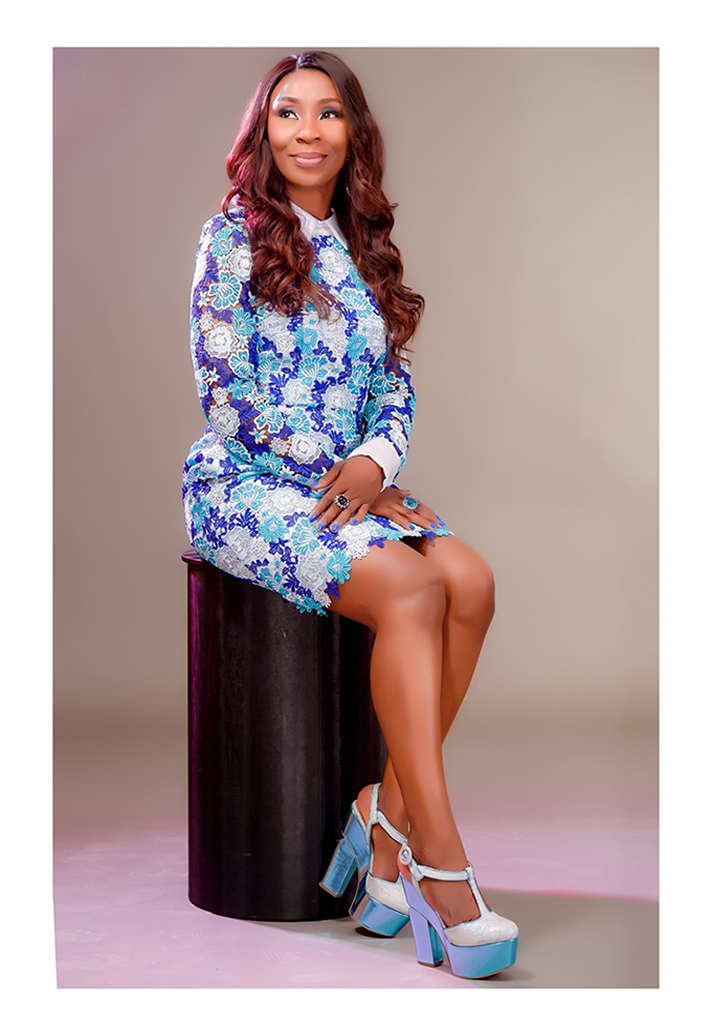 Dr. Vivian Oputa is a Medical Practitioner and Specialist in Aesthetic Medicine, Surgery and Dermatology. Her core focus is Corrective Skincare. She is the Medical Director of DermaCare Medical Ltd. She is also an Avid Writer, Wellness Coach and Anti-Aging Medicine Expert. 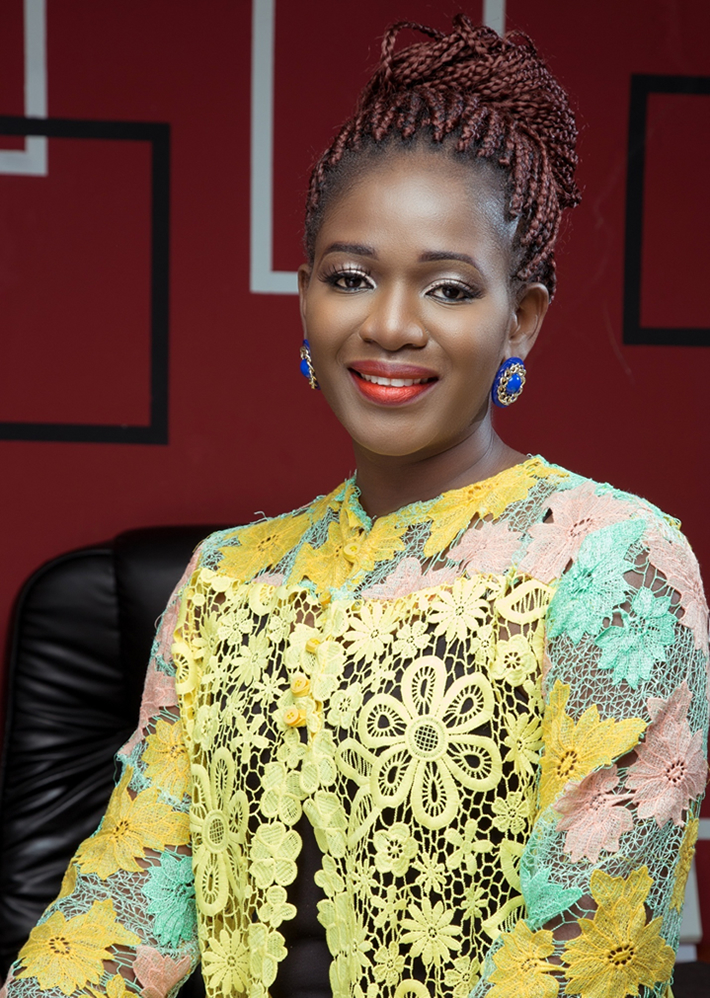 Tewa Onasanya a Publisher and Mindset Stylist holds a BSc in Pharmacology from the University of Portsmouth, UK and a Certificate in Fashion Journalism from the College of Media and Publishing. She is the Founder of Exquisite Magazine a Fashion, Beauty and Lifestyle Magazine for women.

In 2009, exquisite magazine started an only female awards ceremony called the exquisite lady of the year (ELOY) awards, The ELOY awards is aimed at celebrating women of excellence in different fields, thereby empowering, motivating and inspiring others and it holds every November.
Tewa is passionate about inspiring and empowering people to be the best version of themselves. She does this through her Live Intentionally with Tewa empowering quotes and affirmations aimed at getting people to live the life they desire.
PUBLISHER OF EXQUISITE MAGAZINE& MINDSET STYLIST. 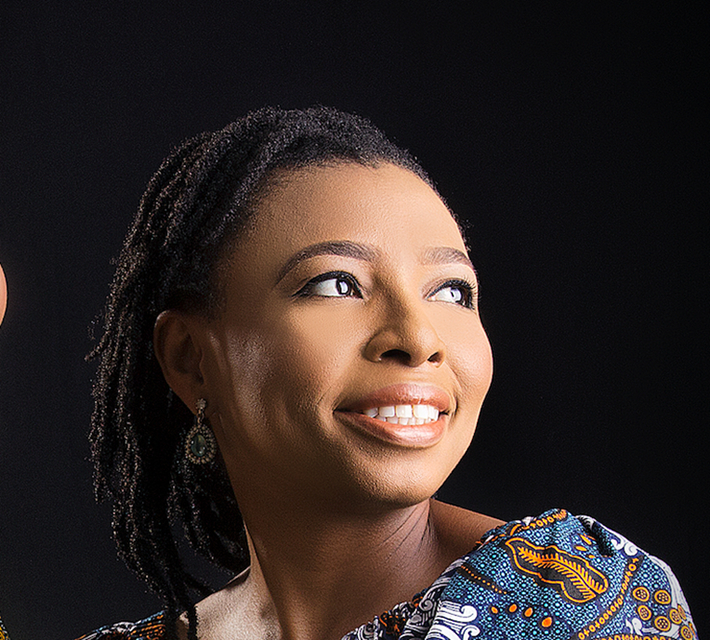 Ifeamaka Umeike is the Founder/Owner of Natural Nigerian, a successful independent
brand in the Nigerian beauty industry. She has a degree in Chemistry and also studied
Safety, Risk and Reliability Engineering at Heriot Watt University, Edinburgh.

With over 17 years working experience, she worked in the Telecommunications sector
and the Oil & Gas sector for a number of years and now works full time as a formulating
chemist for Natural Nigerian where she oversees the production and distribution of
cosmetic products made for men, women and children. One of her passions is sharing
her knowledge of the sector as well as the intricacies of cosmetic manufacturing from
the point of view of a chemist.

Being a pioneer in the Natural Cosmetics field in Nigeria, she has worked hard to bring
the natural community together by holding several natural meet ups in several States
across Nigeria, including Lagos, Abuja, Enugu and Oyo. The longest running Natural
Event in Nigeria, Naturals in The City, which has run since 2011 is one of her pet
projects.

She has facilitated many cosmetic formulation classes across Nigeria and had speaking
roles at many events, the most recent being the Global Shea Alliance conference in
Abuja, Nigeria. 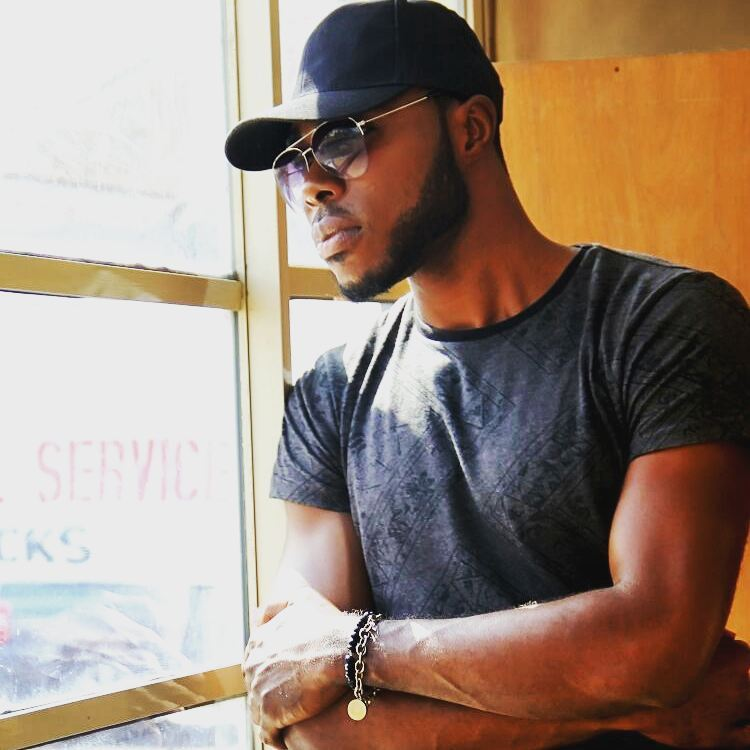 Jamal is a Microsoft Certified Technology Specialist. He began his journey to IT after gaining a professional Diploma in computer systems engineering from Jidaw systems limited and in Software Engineering from NIIT…

In 2013, he started an IT company (Dextatek Limited) ; building websites for co-oprates… Jamal Robert is a believer, he believes that African businesses, no matter how small have the potentials to become global businesses.
In 2015 he made a shift and focused mainly on Sme’s, helping to position small businesses to achieve the most from the web…

His passion for Small and growing businesses in Africa led him to starting Africaretails.com; An Afrocentric ecommerce marketplace where anyone can buy and sell products made in Africa.
This is where he currently invests most of his time and energy; seeing SME’s progress leveraging on the world wide web.

When Jamal is not busy helping SME’s score online he can be found at the cinema seeing the latest movies or chilling with red wine watching funny youtube videos (twyse and family, maraji, etc), lol. 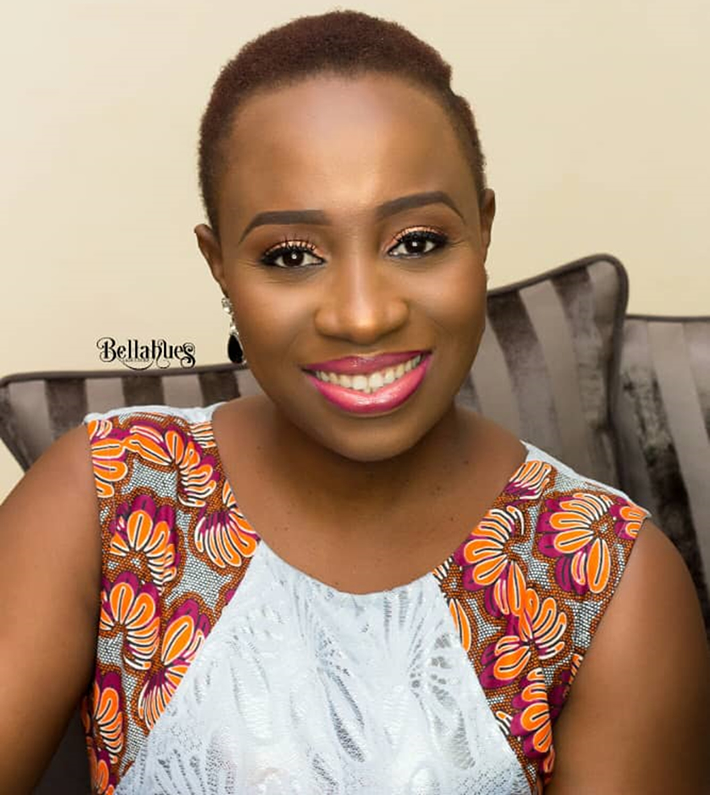 Ifeoma Adibe-Chuwuka is an award winning social entrepreneur and Founder of Omaness, an African-inspired Skinfood brand and social enterprise that creates a line of modern natural bodycare products using traditional skinfood ingredients that are mostly indigenous to Nigeria  One of the tenets of the Omaness Skinfood Brand is use the best of Nigeria’s rich traditional skinfood to create products that nourishes, heals & helps people put their best skin forward without compromise.

As a social entrepreneur, Ifeoma founded the Omaness Skinfood Company to go way beyond just a skincare brand to becoming a company that champions the growth of the local skinfood industry in Nigeria and actively creates sustainable livelihood for women along the value chain Since founded in 2017, Omaness employs and contracts over 40 people mostly women in Nigeria to harvest, produce and collect raw product ingredients. Those ingredients are then refined, packaged into finished products.

In 2018, as her company sought practical ways to retail their line of skinfood products, Ifeoma pioneered the first organized Business of Skinfood Network in Africa with a deliberate focus on empowering women to startup their independent skinfood merchant business.

Ifeoma’s goal for Omaness is to become the Leading Ethical Skinfood Brand out of Africa that Enriches the Skin and Lives of Women. 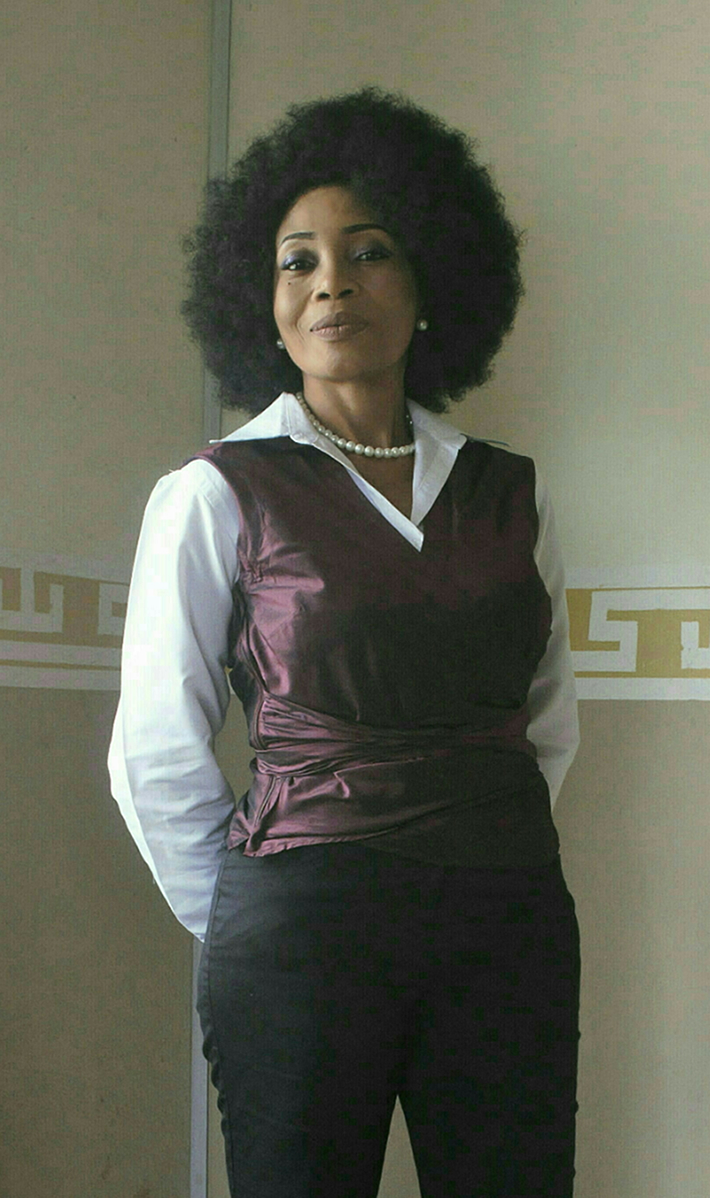 Kofo is passionate about developing the standard of the Nigerian beauty industry to benchmark against international best practices and has turned her passion into her profession. She believes Nigeria can be a destination for beauty and wellness tourism if the proper structures and standards are in place.

Kofo was a member of the LASTVEB/NBTE (National Board for Technical Education) Stakeholders Forum which developed a draft of the National Vocational Qualifications Framework (NVQF) and National Occupational Standards (NOS) for the Nigerian Beauty Industry.

She was also Vice-Chairperson of LASTVEB Industry Advisory Committee. She has developed training curricula for beauty therapy and hairdressing for the LASTVEB graduate, school leavers and artisans training programmes.

She was invited for the LASTVEB/NBTE Consultative Forum towards development of occupational standard in Nigeria.

Join Compass As An Associate Consultant

GET IN TOUCH
Copyright Compass Consulting. 2020 - All Rights Reserved